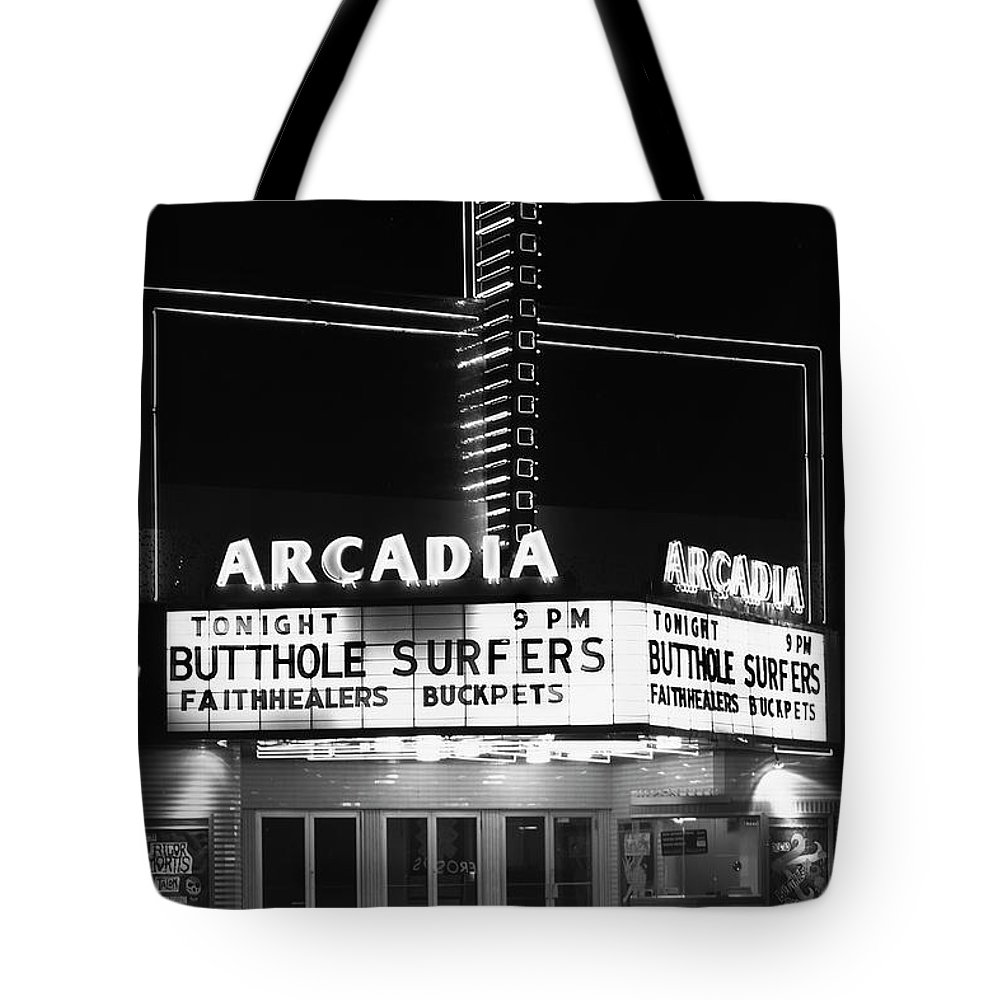 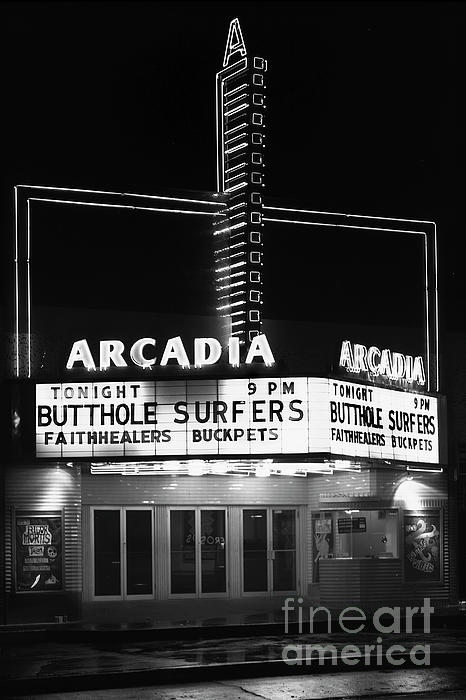 Purchase a tote bag featuring the photograph "Arcadia Theater" by David Little-Smith.   Our tote bags are made from soft, durable, poly-poplin fabric and include a 1" black strap for easy carrying on your shoulder.   All seams are double-stitched for added durability.   Each tote bag is machine-washable in cold water and is printed on both sides using the same image.

The Arcadia Theater 1927-2006 was a movie theater in Dallas, Texas that later became a popular live music venue and then a dance club. It burned to... more

The Arcadia Theater 1927-2006 was a movie theater in Dallas, Texas that later became a popular live music venue and then a dance club. It burned to the ground in 2006. This image was shot on 4x5 inch sheet film circa 1990